Blue Water Candy Lures started as a dream of a commercial fisherman, Captain Jodie Gay, along with his wife Terry in 2001. It all started at the couple’s dining room table and became a fishing lure company known across America and even the world. Years of commercial and competitive fishing combined with the love of fishing still exists and is the fuel that drives Blue Water Candy Lures today.

Over the years the company has transitioned from the dining room table to the garage attached to the family home, then additional space added later. The extensive growth of the company’s sales, expanding markets, and product lines require Blue Water Candy to expand yet again. In early 2021 the company will move into a new facility located in Holly Ridge, NC. This location will be the first time that Blue Water Candy Lures has operated away from the family home and that now-infamous dining room table where it all began.

Since 2001, the company and the family have evolved in numerous ways. The talented staff of lure makers continues to grow as does the Gay family. In 2007, Russell Weaver joined Blue Water Candy as a rigger. In 2009 he and Jodie, along with Captain Rick Croson, won the Southern Kingfish Association National Championship. Possibly Russell’s best catch was marrying Jodie and Terry’s daughter Jessica, which added another family duo to the management team.

Today, Blue Water Candy continues to design and provide popular fishing lures for anglers all over the world. Thanks to their vision and the input of their long list of commercial fishermen and guide community, the company now offers over 5000 different lure options and specializes in custom orders. The same passion that started the company can still be seen and felt today with the Gay/Weaver family’s presence at tackle shows and other events. It’s a long way from that first lure that was sold to a Wilmington, NC tackle shop in 2001. It’s a business built on quality, customer service, family, and the love of fishing. 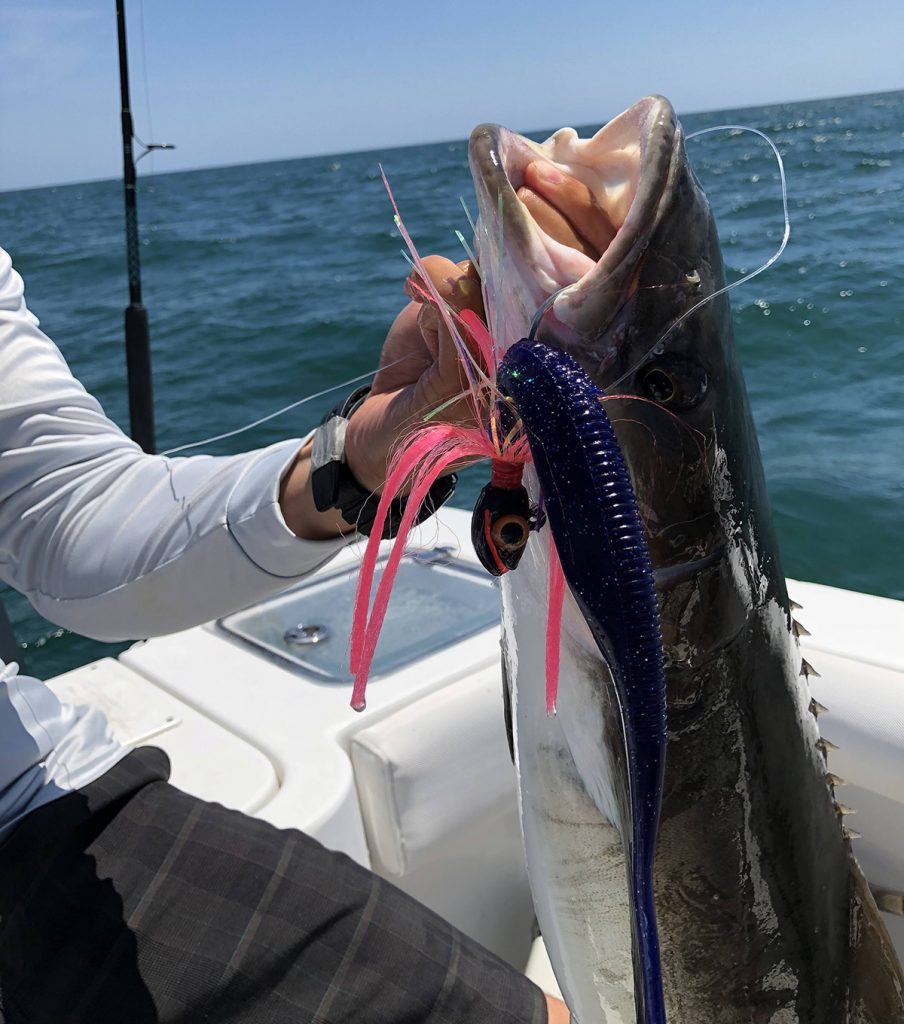